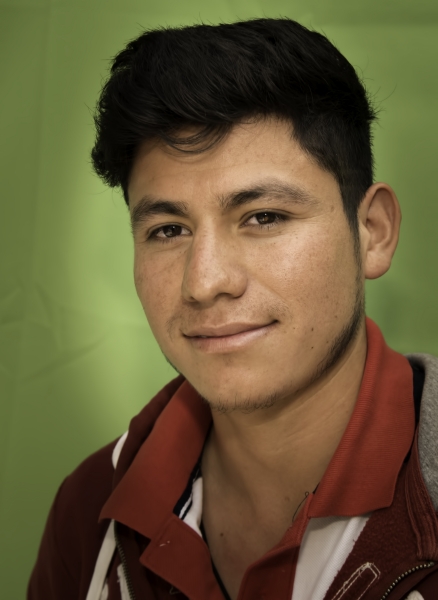 Vicente Espinoza has been a young visionary and worker, who despite the circumstances he has persevered; It is admirable how he stopped studying 4 years after graduating from secondary level due to financial and personal problems, but even so he resumed his studies and is now close to completing his university career supported by Jóvenes Adelante. He thanks us for the financial support, for his mentor, for all the moral support we have given him, the support for his ideas, and the workshops that have helped him develop as a person and a professional.

The community of San Agustín del Bordito in San Miguel de Allende, had no paved access road, which prompted our scholar Vicente to generate a project for his community, an idea born as a high school project when he attended the Tele-Bachillerato Comunitario UVEG.

Together with his neighbors, the community delegation and the municipal presidency, a typical, colonial cobblestone road could be made. Vicente’s leadership convinced his neighbors to support the cause, who donated a small part of the budget, provided the labor and collected the stone; Vicente also presented the project to the SMA government, who gave him financial support to complete his budget shortfall.

The project successfully paved 230 meters of the road. Sometime after the new delegation from the community contacted Vicente to extend the project another 300 meters. Residents of the community joined in and supported the expansion.

Vicente’s determination and dedication left his mark on the history of San Agustín del Bordito. His community is very grateful, and made his parents happy to see everything his son has achieved.

He has planned the creation of other social projects for his community, now focused on his university career, Psychology: 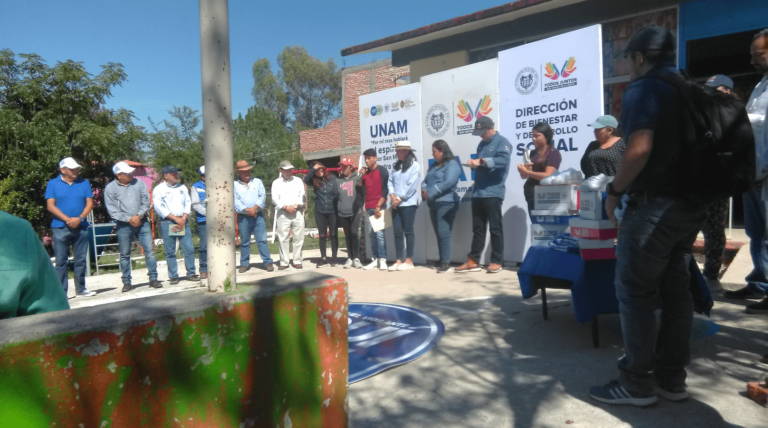 Just like Vicente, there are many brilliant students who need support to continue studying, who have a great heart, courage and strength to create great projects for their community. Here is a great way to help now, AND purchase beautiful art for your home, or as an early holiday or other gift: